Program 301: Basic Orientation to Collective Bargaining
Highlights:
When negotiation breaks down was the impasse avoidable? Were the best positions forwarded?
Power conserved is power maintained, power expended is power dissipated. The strike or lock-out is a test of economics. Power to endure a stoppage elicits respect from the other side.
The Test of Power should involve irreconcilable differences with survival rights at issue.
Be prepared to endure the rigors of the Test of Power.
Keep attention attuned to whether the operation can continue without the bargaining unit.

Program 303: Overview of the Labor Agreement
Highlights:
Agreements are frequently arrived at under high pressure.
It is often difficult to remove bad language.
Watch for errors made in haste; “Weasel words” such as “may” and “normally” are imprecise and invite later testing.
Any provision in the contract can become a “bone of contention”.
A careful review of each of the major clauses should be undertaken.

Program 304: Preparing for Collective Bargaining
Highlights:
Preparation begins when the prior contract is negotiated.
The language should be alertly administered.
Consider past practice and disciplinary procedure.
Accumulate information on an on-going basis.
Watch COLA progressions and industry settlements.
Record costs of production, prices and total labor costs, the seniority list, and job descriptions.
Preparation includes the quid pro quo for your proposals. 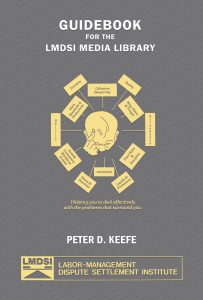