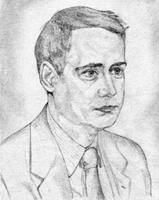 Armed with a Master’s degree in Physics and a Juris Doctor degree in Law, Peter implemented the many nuts and bolts aspects of video production and was key to the development and execution of the LMDSI concept of his father.

A member of IBEW Local 58 during in-house production of the videos, it was Peter’s job to direct the productions, then to edit them into final form for the LMDSI Videotape Library.

In 1989, Peter served as the labor arbitrator in a contentious dispute between Waterford Township, MI and its Firefighters Union.

Peter taught physics at the University of Detroit. He then served many years as a patent attorney, being among the busiest of the nation’s patent attorneys serving individual inventors, during which time he created and co-founded the Inventors’ Association of Metropolitan Detroit. He later served as outside patent counsel to General Motors, where he was charged with protecting the company’s significant intellectual property. Peter continues to serve as co-founder and key co-organizer of the famed international series of scientific conferences, “Frontiers of Quantum and Mesoscopic Thermodynamics”. He is presently an author and screenwriter.

Peter established Labor Relations Educational Programs, LLC to distribute the labor relations educational media of LMDSI, rechristened the LMDSI Media Library. To this end, he is managing the digitization of the media and its distribution via the internet.